Here is an overview of the
Mittag Show Cattle Calves
to be offered for sale at the
2012 Showman's Choice Sale on Sept 16.
Calves will be available for viewing
starting next weekend (Sept 1st)
at Mittag Show Cattle, Prescott, Iowa
Tag # 1 (Heifer)  Monopoly X Alias /Simm
This Chromed up Monopoly heifer is one of the most exciting females we have ever sold in the Showman's Choice sale.  She combines a huge body with a beautiful profile and she is a sound as you can make one. And..."She is already a Champion"  Res Supreme female at the Afton Open Show, Champion Commercial and 5th Overall at the Iowa State Fair. Her Maternal Sister was Champion Maintainer at the ISF Feeder calf show and high seller in our 2010 sale.

Tag # 3 (Steer) Monopoly X Simm/Ang
Sired by Monopoly and out of a Mittag cow known for producing champions, this steer is bred to win and has the look of a Champion.  Great Look, Super Sound and Lots of Muscle is a great combination!  His baby picture is currently Craig's profile picture on facebook!

Tag #4 (Heifer) Monopoly Money X Angus
This heifer has had a lot of friends this summer including those who have seen her in the pasture and those who seen her picture on our blog.  If you want a heifer with a "Sow Belly"...here she is!  She has had numerous materal sisters that have had very successful show careers.

Tag #8 (Heifer) Monopoly X Simm/Ang
A Chromed up heifer that is sure to be a showring standout.  Tons of style here!  We purchased her mother from Streams and she was a many time champion market heifer for us.

Tag # 9 (Steer) Monopoly Money X Simm (Maximus)/Ang
This one has always been one of Craig's favorites.  This Monopoly Money always catches your eye...He has Style, Lots of Hair, Awesome Soundness and Plenty of Muscle! We purchased his mother from Golightly in their Focus On The Female Sale.

Tag #10 (Steer) Monopoly X Simm/Ang
Maternal Brother to the Supreme Champion Heifer at the ISF Feeder Calf Show in 2011 and our $10,000 heifer in last year's sale.  This steer is so soft footed and big bodied that he is going to make an awesome fat one!  Truely one of our sale features.

Tag #11 (Steer) Walks Alone X Simm/Ang
This Walks Alone has a hard to find combination of extreme thickness yet has great extention of body and neck.  This one will WIN!

Tag #14 (Steer) Monopoly Money X Bachelor
Another Monopoly Money that has had a lot of friends in the pasture, he is Huge Boned, Sound Footed, with a lot of body and style.  He is out of a female we purchased from Ben Kelly.

Tag # 17 (Steer) Monopoly X Simm/Ang
This one has fat steer written all over him. Huge Butt, Deep Bodied and Big Boned, Make sure that you take a second look here!

Tag # 19 (Steer) Monopoly X Simm/Ang
Here is a Chromed up brockle faced steer with a huge body that should feed extremely well and perfect for a county fair!

Tag # 21 (Steer) Heatwave X Simm/Ang
This Baldie Chromed up ET Heatwave calf is a full brother to the popular brocle faced steer shown by the Miller Family in Ohio this summer raised by Clint Barnes.  This one is younger but has the look and thickness we all desire.

Tag #26 (Heifer) Monopoly Money X Heatwave
Here is a super attractive Monopoly Money heifer that catches your eye everytime you walk into the pen.  She is going to have a very successful show career.  Raised by Stalcup out of a female purchased from Mittag Show Cattle in a past Showman's Choice Sale!


Brad Hook will be doing our videos on Sept 1st.....
Watch the blog for pictures and Videos.
You will also be able to view the videos and pictures
as well as bid on the calves at www.showstockplanet.com
Posted by MITTAG Blog at 2:24 PM 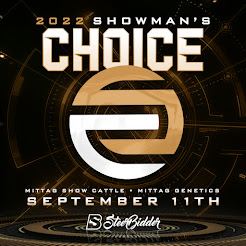 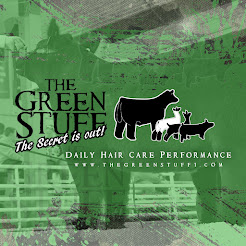